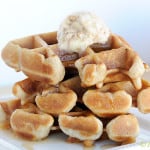 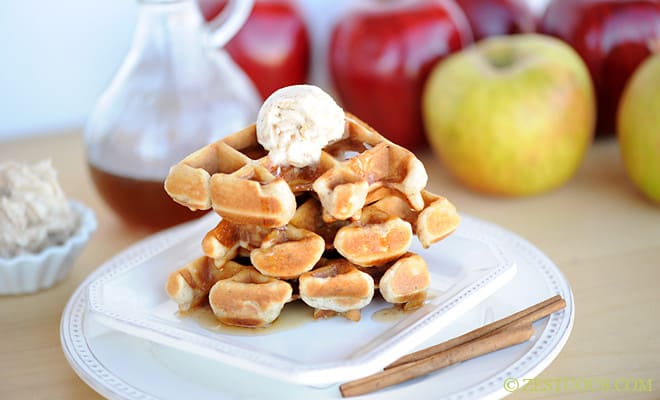 These light, fluffy Apple Cider Waffles are full of fall flavors and topped with cinnamon butter and apple cider syrup.

I miss having apple trees. When we lived in Europe, we had three beautiful trees in the backyard, and this time of year, I would make apple butter, apple pies, apple muffins and more. Some to keep and some to give to friends and coworkers. 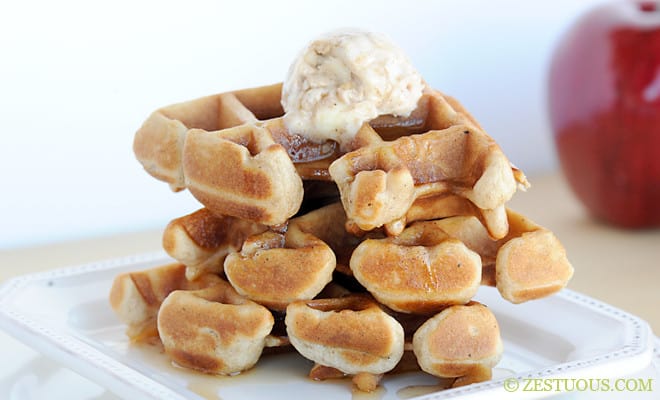 Living in Kentucky, we didn’t have our own trees, but we were close to Huber’s Orchard, and each fall, we would travel to the orchard to pick a few bushels straight from the trees.

I haven’t planted apple trees at our new house yet, so it looks like another orchard trip is needed. Fortunately, Gilcrease Orchard is located just on the outskirts of Las Vegas. This time of year, you can pick apples, pumpkins, corn, sweet potatoes and more. Pretty spectacular considering this is the desert.

They also carry fresh pressed apple cider with no sugar and no preservatives. I add the cider straight to my waffle batter to really bring out the pure apple flavor. It also makes for tasty syrup. Top the waffles with a dollop of cinnamon butter and brunch is ready.

If you have any leftovers, save them in the fridge or freezer and toast them up for a quick weekday snack. 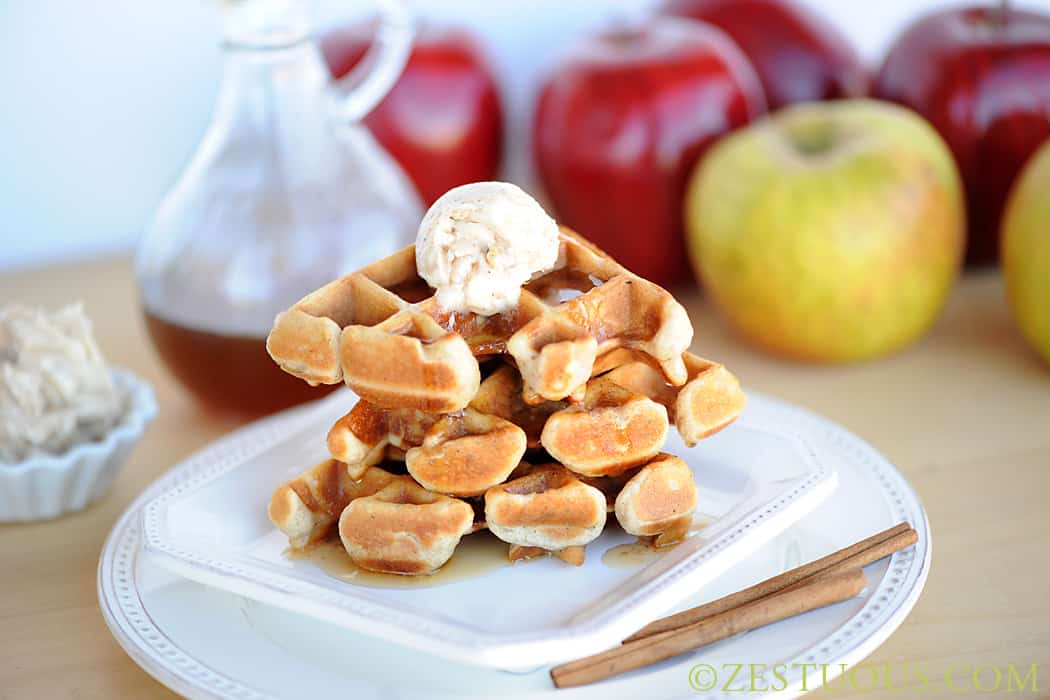 Nutrition information is only for the waffles. I didn't include the butter or syrup values, because everyone uses a different amount.