25 shares
No ratings yet
Recipe

Year after year, I stuff my turkey with the standard onions, celery, lemons and sage. But this year, I went rogue – I stuffed the turkey with bacon, bathed it in bourbon and smoked it on the Big Green Egg.

I mean why not. I love bacon on just about everything, and bourbon is good for the soul. At least that’s what my brother tells me as he sips his Woodford Reserve.

I usually grill my turkey on the gas grill to save oven space for the stuffing, pies and green bean casserole, but since I’m the proud owner of a new Big Green Egg, I had to test the bad boy out.

When I cook a turkey whether in the oven or on a grill, I always start with the heat high to help crisp up the skin. Then, I lower the temp, so the meat stays nice and juicy.

I let it rest for 45 minutes, off the grill. When I sliced into it, I couldn’t believe how moist the bird was inside. I didn’t even soak it in my normal brine. This went straight from the plastic to the Big Green Egg. This magic cooker really does seal in the moisture. 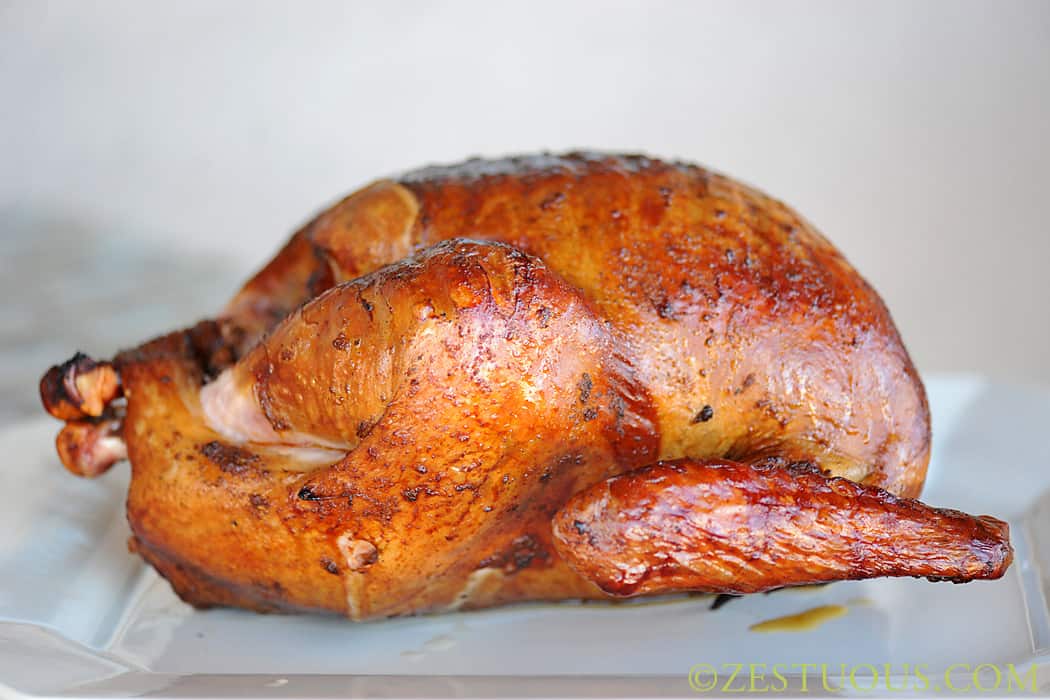 Mix all the spices and use in the recipe above.