3 shares
No ratings yet
Recipe

Why did the chicken and the pig cross the road? So they could come to my house, jump into my slow cooker and introduce the world to a BLT and chicken salad combo.

I’m happy to announce that I’m back. I was out for a few weeks as we moved into a new home, but I’m back in the kitchen now. I love my new kitchen. It has granite and high-end appliances, but I received a Breville Fast Slow Cooker for Christmas, and I can’t stop using it.

You can sear your meat and veggies, using the sear setting. Then, you just add your remaining ingredients, twist on the lid and let it cook. Set it for pressure cooker and dinner is ready in a jiffy. Set it for slow cooker and dinner can cook all day while you’re at work. I haven’t loved an appliance this much since my Kitchen-Aid stand mixer. #cooksnetwork

Anyhow…back to the recipe. I posted on facebook the other day, asking Zesties what they were craving. Ruth Garner asked for something hot and slow cooked with bacon. I had two ideas: Bacon Ranch Chicken and Bacon Steak au Poivre. I started with this choice.

I’m not a fan of cream of canned soup. I’ve always questioned what the gloppity gloop really was. You can make this dish a lot quicker using cream of chicken soup (I’ve included that recipe at the bottom), but if you follow the first recipe, you’ll have a dish that’s a little more natural.

I also used mayo, but feel free to try it with Greek yogurt for a healthier twist, or use a cup of Ranch dressing for extra ranchiness.

When I made this, I set the slow cooker for 8 hours because I had to go to work. I actually didn’t rescue Ms. Chicken and Mr. Pig until 10 hours later. 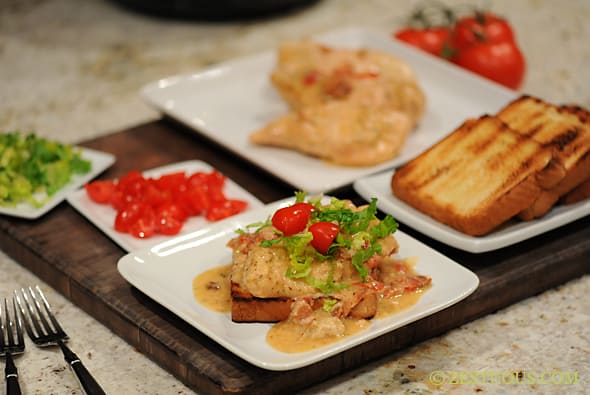 I planned to serve it as a breast on a piece of grilled Texas toast smothered in bacon ranch gravy. It was good this way…and would be good over rice, potatoes or noodles. 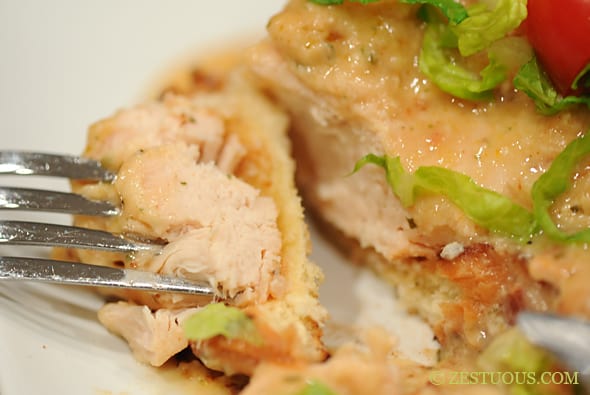 But I don’t really like the texture of whole breasts cooked in the slow cooker for that long. 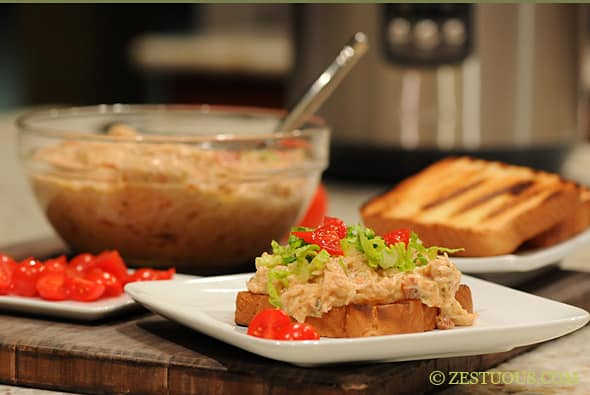 So, I decided to shred the meat and mix it with all the yummy sauce. I liked it much better this way. 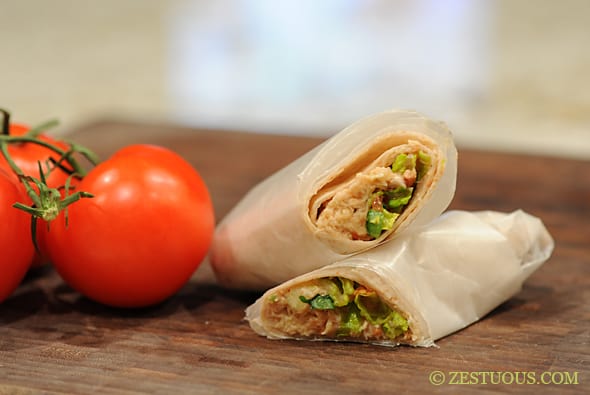 And I discovered that the leftovers are great for BLT Chicken Salad sandwiches or wraps. You could even make pinwheels for Super Bowl Sunday. Or serve it hot as a dip with tortilla chips. 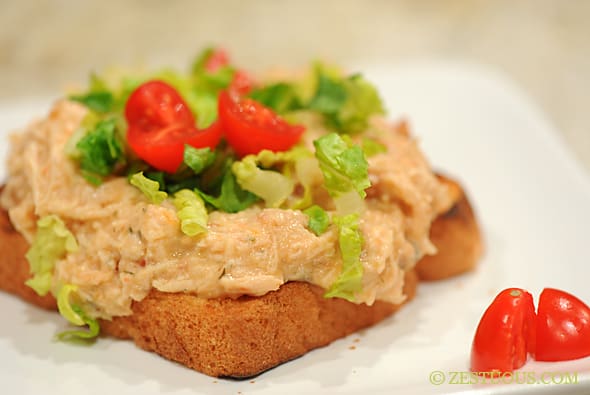 Serve it up with fresh lettuce and tomatoes for a bright flavor with added texture…and if you’re really feeling Zestuous, add a couple of slices of jalapenos. Mmmm. Happy chicky. Happy piggy. 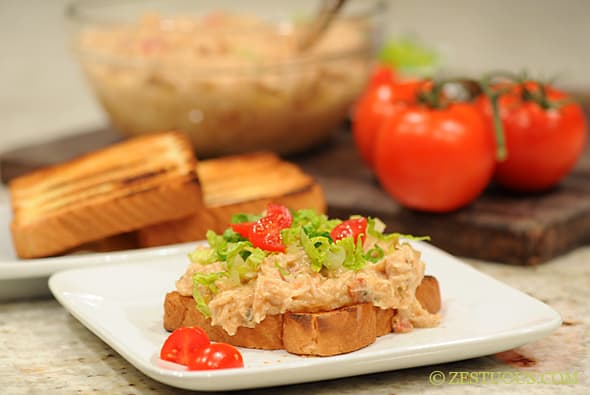