I had no idea I loved mint juleps. I grew up in Kentucky, and Fort Knox was our first duty station. I never went to the Derby, I never had a Kentucky Hot Brown and I never tried a mint julep…until today. Don’t get me wrong, I’ve been to Churchill Downs many times, including to my sister’s beautiful wedding there. But all those times at the track, I sat in great seats near millionaire’s row. I just couldn’t justify paying 100 times the price on Derby Day for the same seats, so I’ve watched every race at home, including today’s come-from-behind victory by Animal Kingdom. 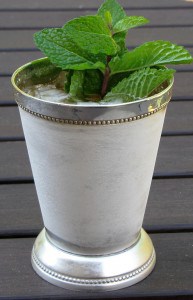 While my brother is a connoisseur of Kentucky bourbon, I’ve never been a fan of bourbon straight up. I guess that’s why I’ve never had a mint julep. I had no idea that simple syrup with mint could mellow out the bite. To make a simple syrup, just dissolve equal parts sugar and water in a small pot over medium heat. Then, flavor with mint leaves and steep for 15 minutes. Add one part cooled simple syrup to two parts bourbon over ice, and serve with a mint sprig. Epicurious lays out all the details for Mint Juleps on its website. 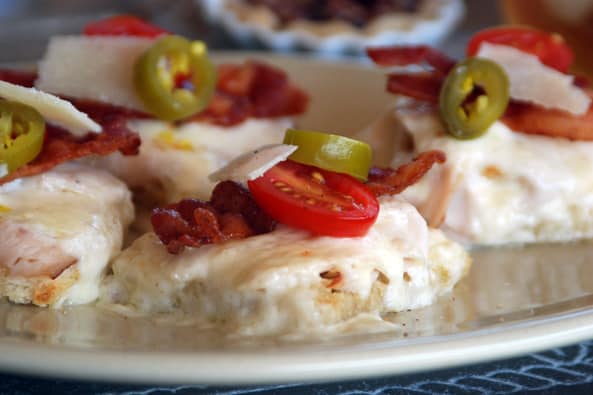 Kentucky Hot Browns were first created at the Brown Hotel in downtown Kentucky. It’s a piece of toast with roasted turkey, a pecorino-Romano cheese sauce, bacon and tomato. It’s hard to improve perfection, and the Brown Hotel’s recipe has been a traditional favorite in Kentucky for years, but I had to add a Zestuous twist. 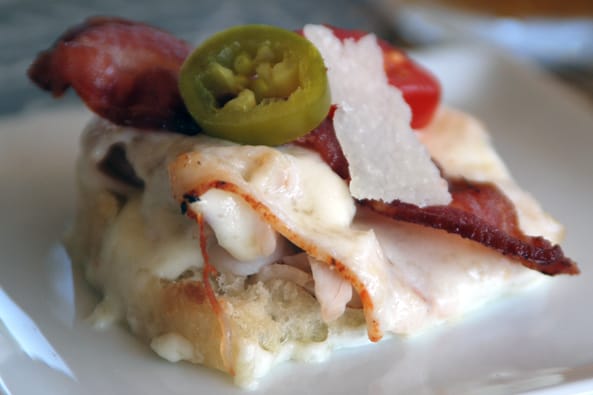 I cut the toast into small squares to create sliders. I used bread from my Daily Bread recipe. Then, I topped the bread with turkey and the cheese sauce. the Brown Hotel’s cheese sauce calls for ½ cup of cheese, but I used a full cup. After a quick flash under the broiler, I added bacon, tomato and a slice of pecorino-Romano cheese. But the subtle flavors needed a little punch, so I topped my Hot Brown sliders with a jalapeno slice. 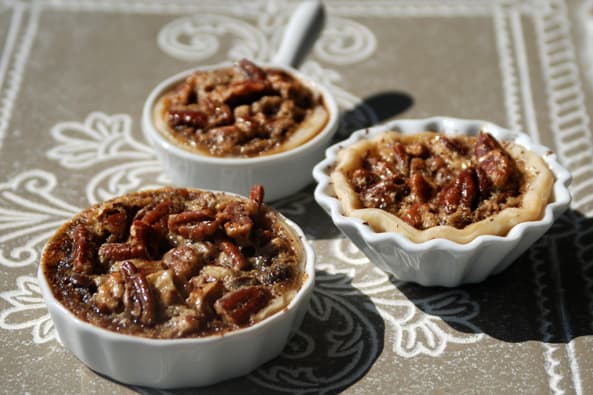 There is only one way to do dessert on Derby Day and that’s with Derby Pie. Technically, the only Derby Pie is made by the Kern family. They created the recipe in 1950 at the Melrose Inn and trademarked the name. They’ve actually filed more than 25 lawsuits against people who claimed to have a recipe for Derby Pie. So, instead of making Derby Pie, I make Kentucky Bourbon Chocolate Pecan Pie.

I have to admit, my favorite recipe for Pecan Pie is the recipe on the side of the Karo Corn Syrup bottle. To make it Derby ready, I use the dark corn syrup, dark brown sugar and one tablespoon of bourbon in place of the vanilla. Sprinkle a few chocolate chips in the bottom of an unbaked pie crust. Then, pour the pecan mixture on top and bake for 20 minutes. Instead of a traditional pie, I like to use a variety of little dishes to make a creative mixture of pies. 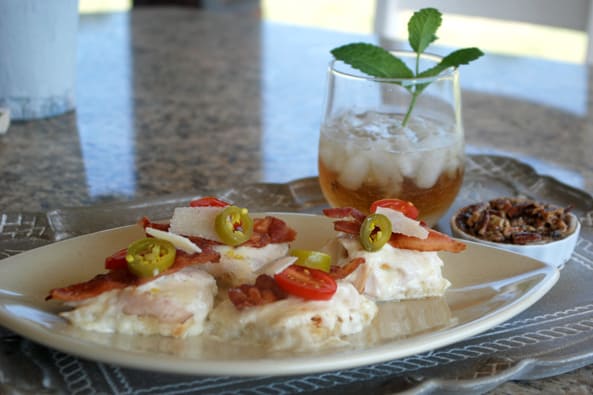