462 shares
No ratings yet
Recipe

We had an odd rainy day in Las Vegas on Sunday. It’s not odd to have bursts of rain during monsoon season, but this was a good 4-hour down pour. It reminded me of the rainy days in Belgium.

I spent the morning in the rain shooting photos of the Ironman 70.3 World Championships as athletes raced through Lake Mead National Recreation Area. After an hour, I was soaked and chilled to the bone and in need of a rib-warming bowl of soup. 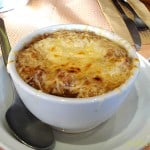 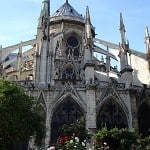 A Zestie on facebook recommended French Onion soup. That was a perfect suggestion. I have such fond memories of eating French Onion soup at a little café outside of the Cathedral Notre Dame in Paris.

The dish was so simple. Rich, elegant beef broth, tender, thinly-sliced onions and a large crouton with shredded, melted cheese.

It’s hard to mess with perfection, but darn it I had to try. I wanted to enhance the flavors of the beef broth and add more substance to the bowl, so I browned up some cubed New York Steak. Feel free to use any cut of steak, but cut off the extra fat, to avoid bites of gristle.

Since I also had Belgium on the mind, I poured in some brown ale. I had a large bottle of St. Feullien in the fridge. The ale is brewed just 10 miles down the road from where I used to live in Belgium. A nice bottle of Leffe Brune, Grimbergen Brune or Chimay Blue would be nice, as well. If you’re not a beer fan, just use an extra cup of beef broth. 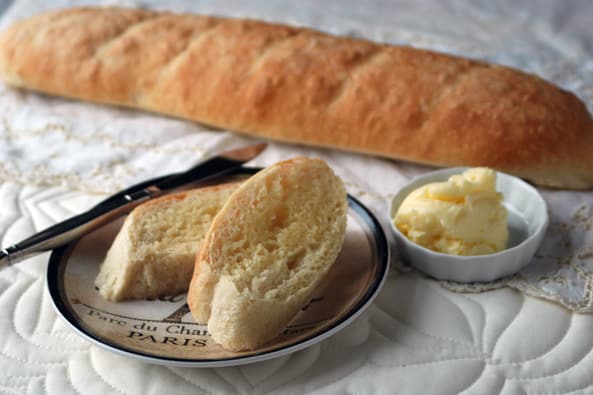 For the traditional crouton, I used a fresh slice of homemade French baguette. Store-bought is obviously fine, too. Then, some shredded Gruyere cheese finished it off. You can substitute Swiss, if you’re on a budget or can’t find Gruyere. 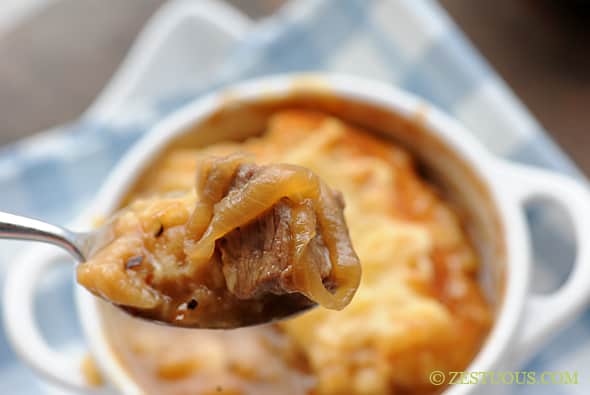 My husband ate his entire bowl without talking. He just kept digging through the melted cheese pulling out tender chunks of steak, until it was time for seconds. When my biggest food critic is speechless, I know I hit the mark.

This batch makes 4-6 servings. If you want to double it for a football party, go for it! The crowd will go wild! 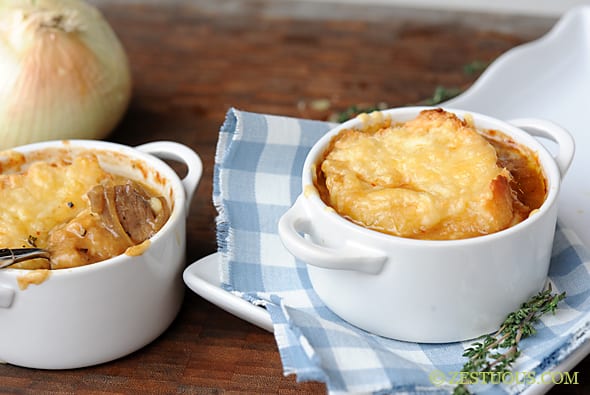