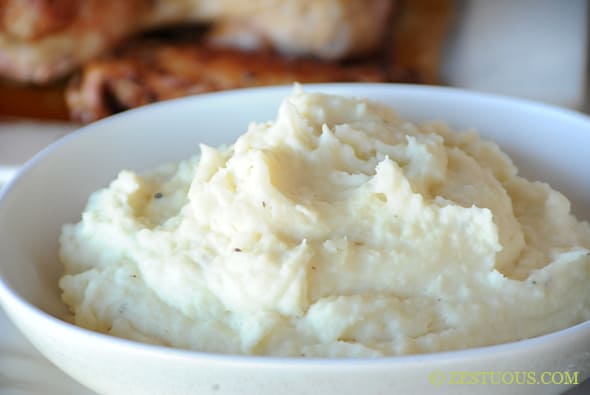 Here’s another Thanksgiving recipe that reduces oven and stovetop time, so you have more room to cook all the other Turkey Day sides.

I like to grill my turkey because it cooks faster and comes out with moist meat and crispy skin. While I’ve got the grill going, it’s super easy to add a row of potatoes to the top rack. 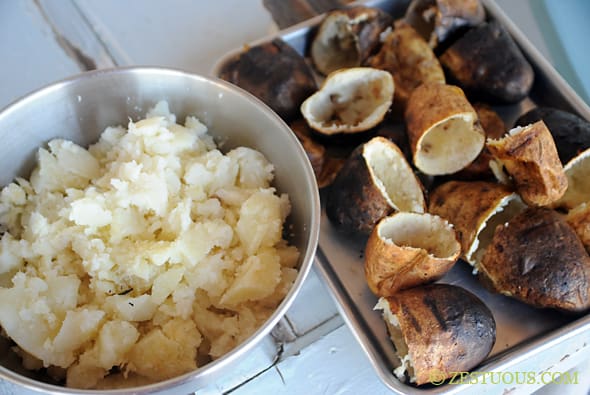 Baste them while you baste the bird, and once they’re tender, just cut them in half and scoop out the meat. Because the potatoes aren’t boiled, they come out light and fluffy, and if you press them through a potato ricer, you’re guaranteed a lump-free masterpiece.

I flavor them up with butter, half and half and chicken broth. Then, I add a bit of Zestuous Poultry Powder to complement the bird. Enjoy! 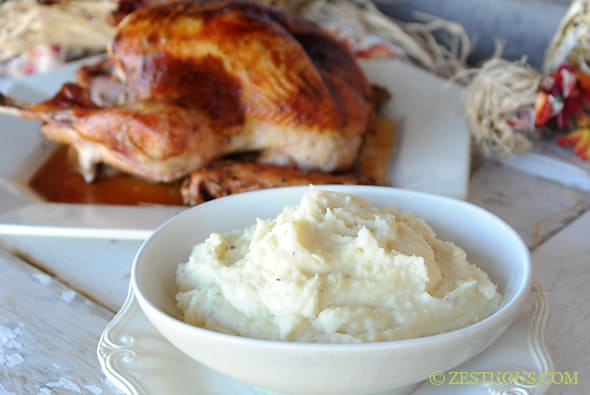 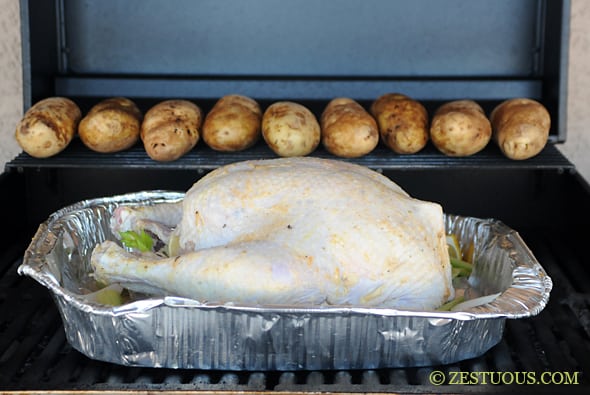 Continue grilling and basting, until tender, about 1 ½ hours.

Remove from the heat and set aside to cool. When cool to the touch, cut in half. Using a spoon, spoon the soft potato out of the skins. 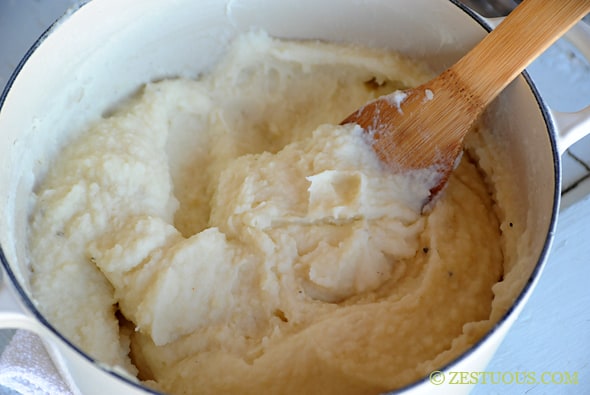 In a large saucepot, melt the butter. Use a potato ricer to mash the potatoes into the butter. Stir in half and half, chicken broth and seasonings and heat over low to medium heat, stirring until smooth.