158 shares
No ratings yet
Recipe 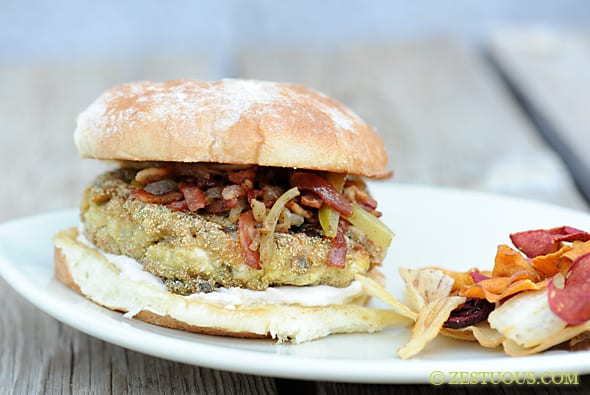 This weekend, I learned that being a celebrity foodie isn’t as easy as it appears. I had the honor of competing as Ally Philips’ sous chef in the World Food Championships in Las Vegas, hosted by Adam Richman. Adam’s a huge star known for Man v. Food, I actually blogged about him in April 2011 when I lived near Austin, Texas. His show introduced me to a toilet seat-sized doughnut and some kick-ass barbecue. 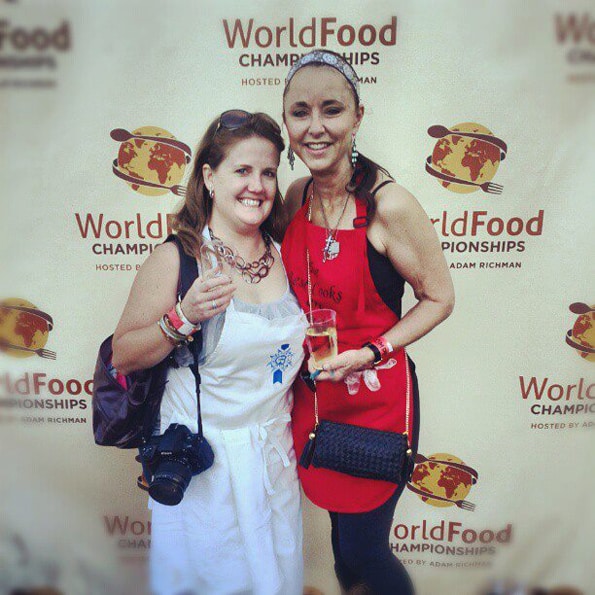 His latest show is Best Sandwich in America, so it was humbling to try to prepare the world’s best sandwich for him. 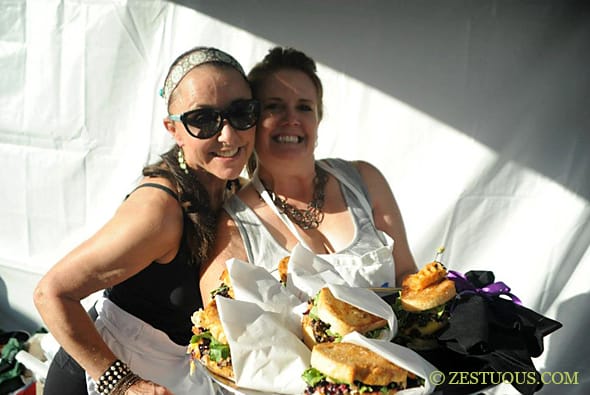 I only had the pleasure of talking to him once on the first night, but I tweeted him to the point he probably asked, “Who the hell is this Zestuous?” He did answer and retweet once (chuckles the wannabe foodie like a five-year-old school girl). 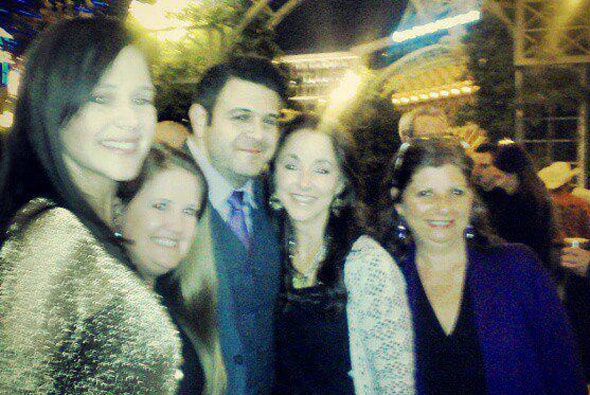 On stage and at events, he was always on his game. The first night he said the World Food Championships is a combination of “pros to joes” dueling it out on the plate. There were professional chefs, MasterChefs, pit masters, everyday mom chefs…and me.

But off stage, on the twitterverse, he was worried about his family on the east coast.

Friday afternoon, he tweeted “The devastation from Sandy is unreal. Praying & donating – but mostly wish I were able to be there for my family. Please be safe everyone.”

Adam’s from Brooklyn, NY, a town that was devastated by the hurricane just days before the championships. But he couldn’t be there to support his family and friends. His face was plastered all over Vegas on 10-foot tall backdrops and banners. He was the star of the world’s first-ever food championships – a tournament that hopes to one-day mirror the World Series of Poker.

He couldn’t back out, not that he even considered it.

As I read Adam’s tweet, that’s when I realized being a celebrity foodie isn’t as easy as it appears. He gave Las Vegas and the food world just what we expected despite what was happening in his personal life. That’s why he is the Man v. Food. 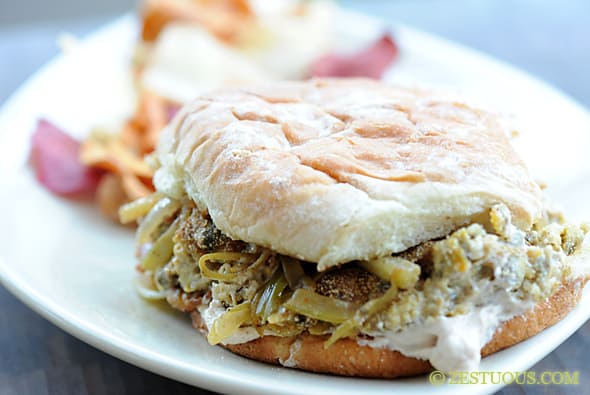 So in honor of Adam, his latest show and his family on the east coast, I’ve prepared the New England Clam Sandywich.

New England Clam Chowder is a creamy soup traditionally made with clams, potatoes and onions. I won’t even pretend to know how to make an authentic bowl, but I can take those flavors as an inspiration for a sandwich.

For the potatoes, I’m using a light and fluffy potato bun…but how am I going to get soup into a sandwich?

The World Food Championships was sponsored by Kraft Foods and contestants had to use Philadelphia Cream Cheese, A-1 Steak Sauce or Grey Poupon Dijon Mustard. Has anyone ever combined all three ingredients?

Okay my soupy sandywich has the potatoes. I’ve got the cream. Now about those onions. How about I slice them in strips with julienned celery. I can sauté that into a slaw with some smoky bacon. I’m liking the sound of this.

In case you haven’t noticed, I keep stalling on the clams. I’ve got soft bread, softened veggies. I need a little crunch and a Zestuous bite. Would it be sacrilegious to fry clams for a Clam Chowder inspired dish? How should I know? I only lived on the east coast for 2 years and I was 11. I cared more about saving a quarter and sneaking to the corner store on my way to school for a pack of Now-and-Laters or Garbage Pail Kids cards.

What I do know is that I’ve got to work some more texture into this dish, so to the fryer it is. A dusting of crunchy cornmeal and cayenne for a kick (sorry New England there will always be a little Southern girl in me). I think we have the makings for a sandwich.

How to layer this?

I’m no Woman v. Food, just a California native who grew up in the south, traveled the world and ended up in Vegas, but I hope this New England Clam Sandywich makes everyone think of those who need our help right now.

Here are a few ways you can make a difference: 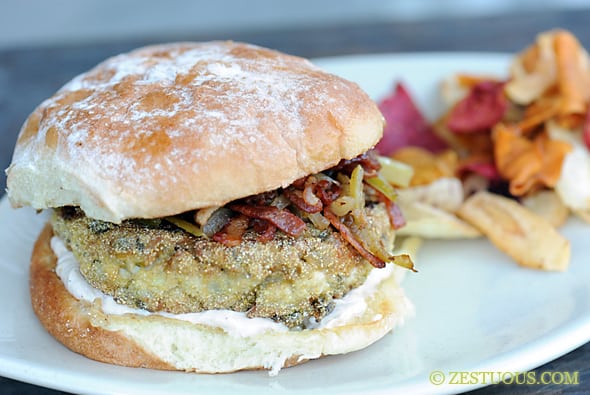