Sweet, salty, crunchy ~ and guilt-free at under 300 calories per serving. 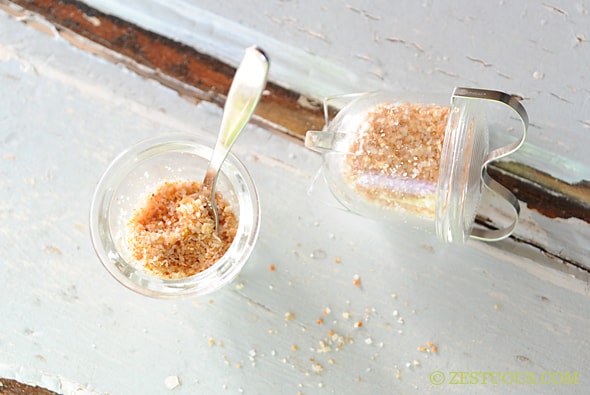 I just downed a dozen coconut shrimp, and I don’t have one bit of guilt because they were grilled with this sweet, salty Orange Coconut Salt. The only regret I do have is that I didn’t grill more.

I love coconut shrimp, but I can do without the extra calories that come from all the breading and the deep fryer. Really, it’s the flavor and texture that I crave. 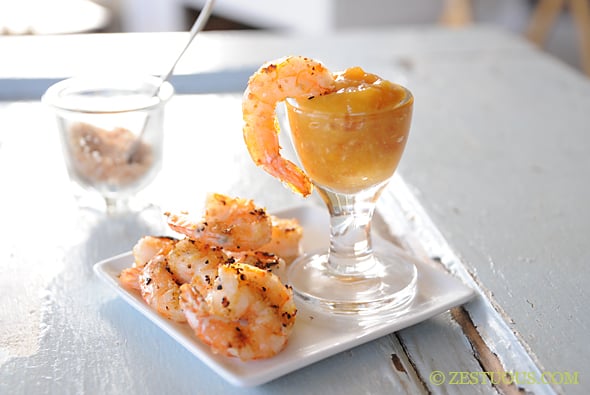 I’ve tried to coat shrimp in coconut and grill or bake them before, but I’ve always been less than impressed. The coconut either burns or becomes soggy, but not with this salt. The secret is in the toasted ground up coconut that you prepare yourself.

Then, you just add a little salt and your citrus of choice. I used dried orange peel, but you can use dried or fresh peel from any citrus fruit.

This Orange Coconut Salt is awesome on shrimp, but it’s also Zestuous on chicken, pineapple and mango. 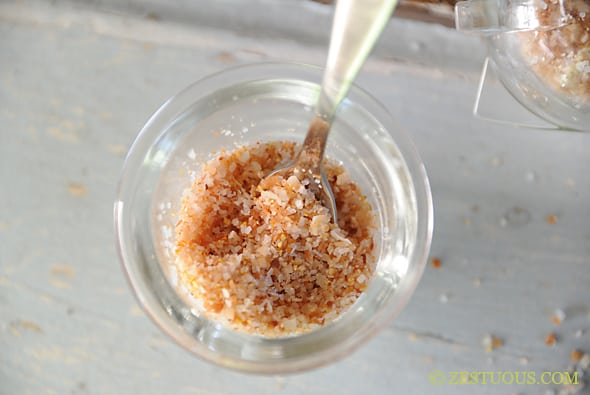 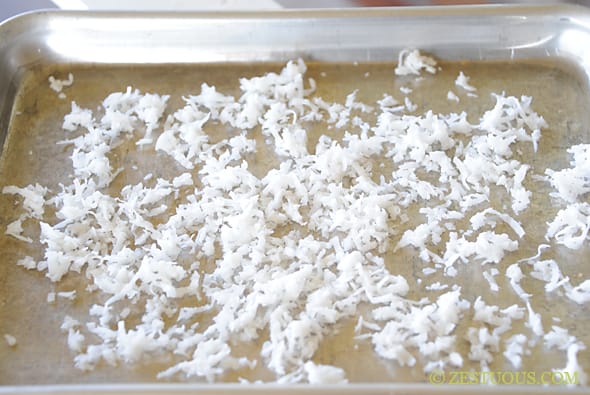 Spread the coconut on a pan and bake in a 425-degree oven for 5 minutes. 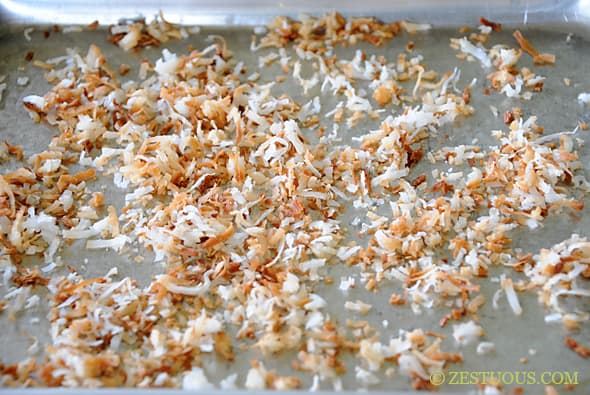 Stir and bake for one more minute.

Pulse the coconut in a food processor or mini chopper, until fine. 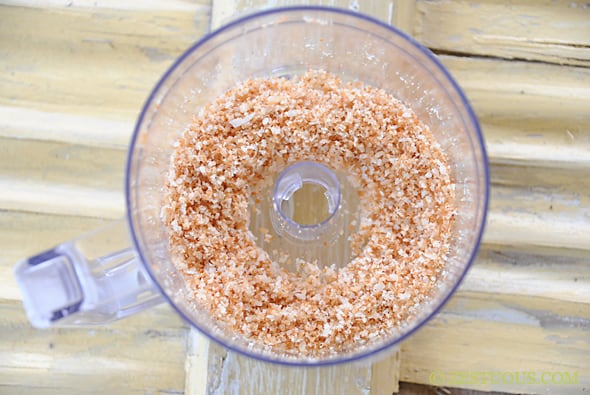 Combine with the salt and orange peel.

Sprinkle on meat, fruit or veggies 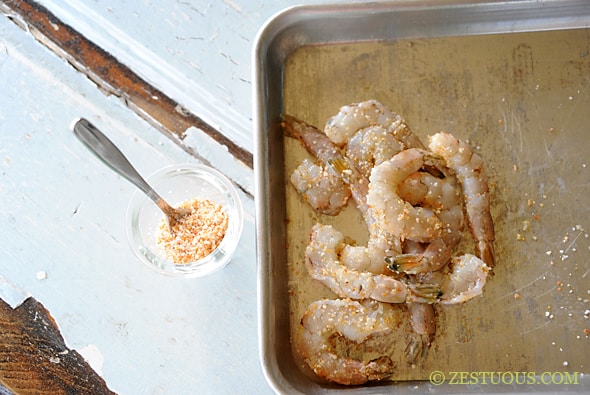 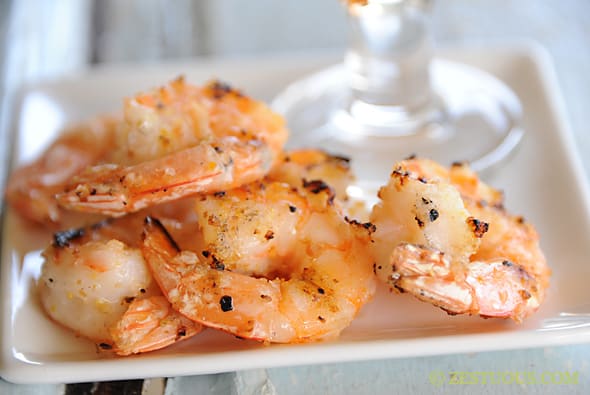 Grill on high for about 3 minutes per side. 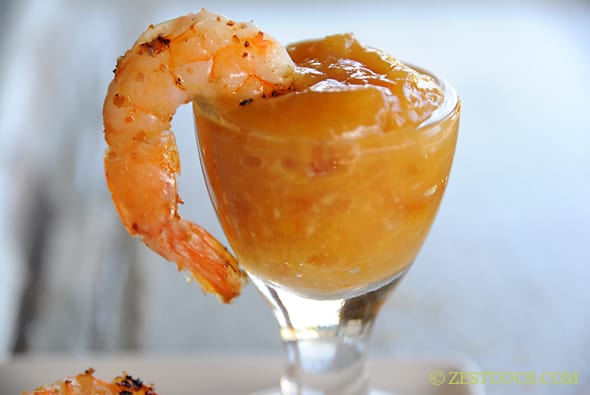 Combine dipping sauce ingredients and serve with the grilled shrimp.

Can be served hot or cold.

This recipe is under 300 calories, including dipping sauce! See guilt-free! 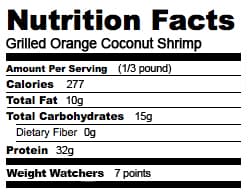