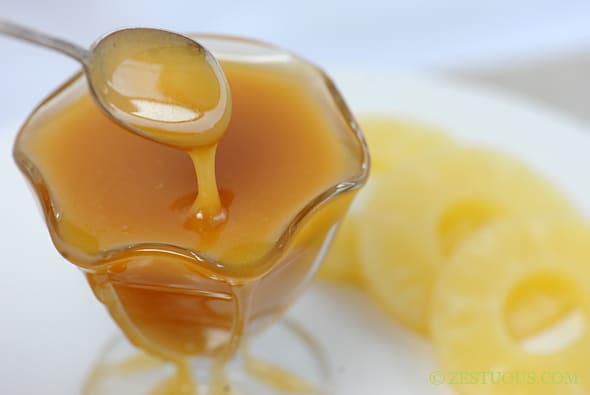 Pineapple Caramel Sauce is rich and buttery with a hint of island sweetness. It’s easy to prepare and is delicious on desserts or fresh fruit.

I’ve been competing in a lot of food contests lately, working hard to qualify for the 2014 World Food Championships. Food competitions are fun because they really force me to experiment and to try new foods and new ideas.

The downside is that with most contests, I’m not allowed to share my recipe creations with the public. Instead, they’re sent off to judges who decide if my dish hit the mark. If it did, they’ll publish it…someday. If it didn’t, it probably ends up lost in an abyss with hundreds of other entries. 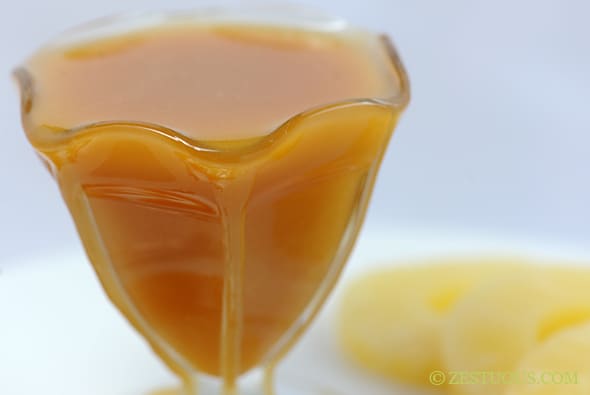 I apologize for not posting a new recipe for Zesties in a while, so I’ve created this Pineapple Caramel Sauce to make it up to you.

I’ve been working with a lot of Dole products lately, as I entered multiple recipes into the Dole California Cookoff. My friend Ally won $25,000 last year with her recipe for Harissa Veal Meatball Fruit Kabobs with Greek Yogurt Mint Sauce and Goat Cheese.

Once I narrowed down my top recipe entries, I was left with a pantry, fridge and freezer full of Dole products. I’m in love with the frozen Dark Sweet Cherries. They’re so plump and sweet. 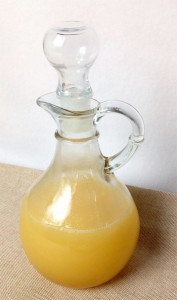 I often think about recipe ideas while sleeping, showering, watching TV, driving to work…okay…all the time. As I was dreaming of what to do with the leftover pineapple juice (besides to drink it), I wondered what would happen if I replaced the water in my traditional caramel sauce recipe with pineapple juice.

What do you know? It worked. The first batch I made was really light. I cooked it for 20 minutes and didn’t quite let it caramelize, so it was more of a syrup. I probably drank a half-cup of it; it was that good.

For the next batch, I cooked it for about 30 minutes, until it was really amber. The sauce ended up slightly bitter and lost the beautiful pineapple sweetness.

For the final batch, I pulled it off the heat the second the sauce started to turn golden brown. It was somewhere between 20-25 minutes. Perfect! The sauce had a beautiful caramel color, was thicker and was still sweet.

I have some more experiments happening with this sauce, so stay tuned. In the meantime, enjoy it drizzled over cheesecake, ice cream and cake, or serve it as a dip for sliced apples or bananas. 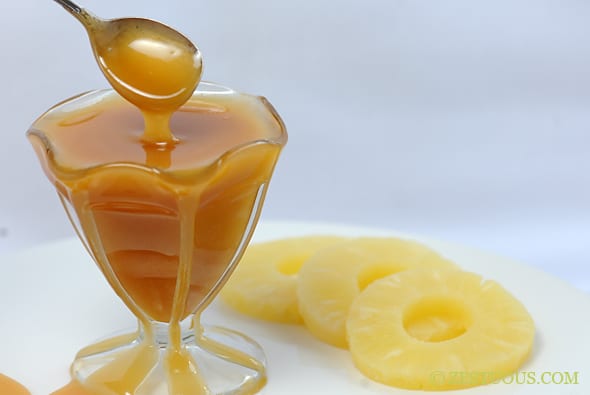 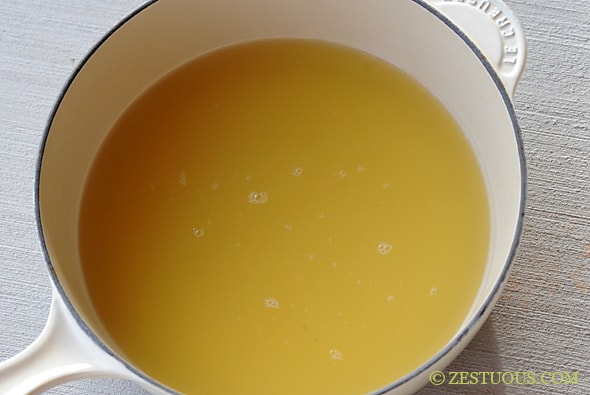 Place the juice and sugar in a saucepot and stir to moisten the sugar. 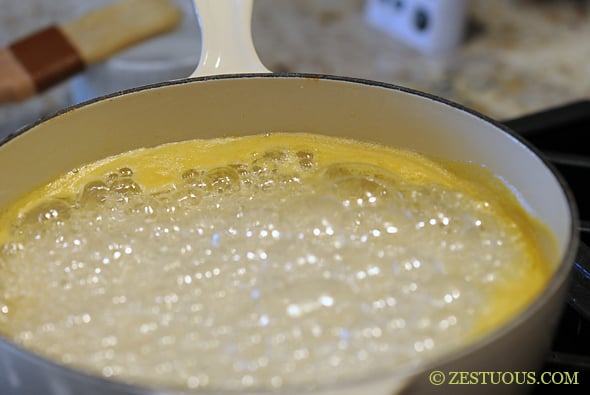 Bring to a boil over medium heat. 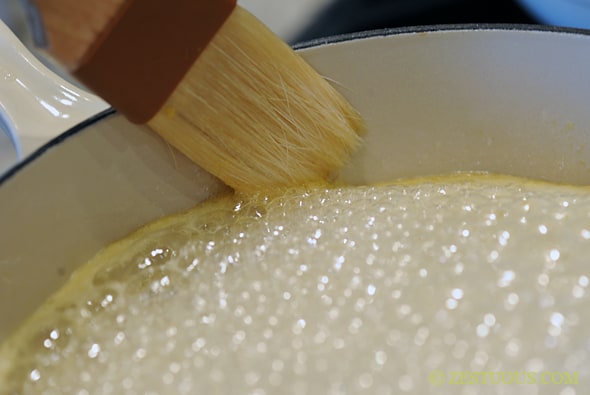 Every 5 minutes or so, brush down the sides of the pan with a wet pastry brush. This will ensure all of the sugar crystals dissolve so you have a smooth caramel. 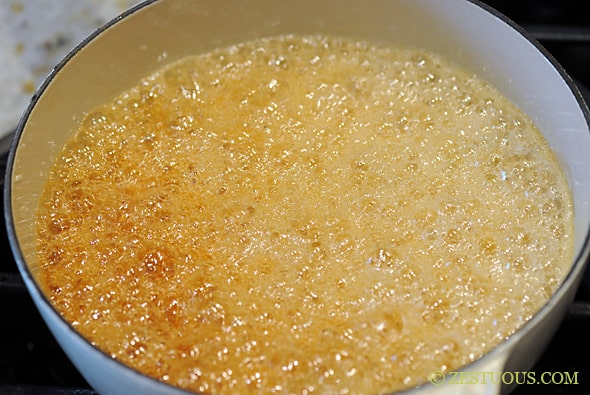 Watch the pot closely. After 20-25 minutes, the mixture will start to turn golden. At this point, remove the pot from the heat. 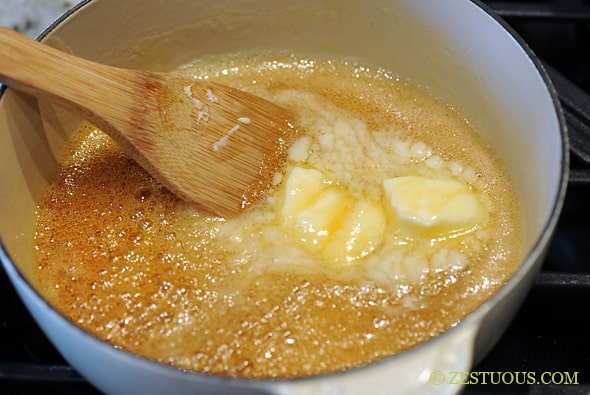 Stir in the butter, until melted.

Stir in the heavy cream and salt; it will bubble slightly. Continue stirring until smooth.

Drizzle the Pineapple Caramel Sauce over your favorite cake, pie or ice cream or serve with fresh fruit.