4 shares
No ratings yet
Recipe 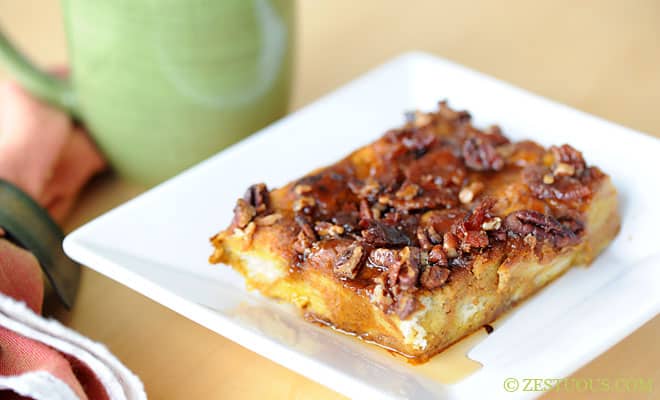 I think it’s time that I admit I have an addiction. I can’t seem to get enough bacon. It just has a way of taking a sweet breakfast dish and elevating it to a salty, smoky, dreamy level, especially this easy-to-throw-together pumpkin french toast.

I was planning to just top it with a maple pecan syrup, but little strips of bacon started dancing in my head saying, “use me, use me.” I crumbled the bacon into a pitcher with chopped pecans, syrup and cinnamon. Then, for a kick of heat, I added a pinch of red pepper flakes. That’s optional, of course, but it adds a surprising, very subtle bite.

I goofed when I made this. I poured the syrup on the French toast and then baked it. It ended up drying out the syrup too much. So I changed the recipe. Bake the French toast first, then, spoon the delicious syrup over the dish. Enjoy! 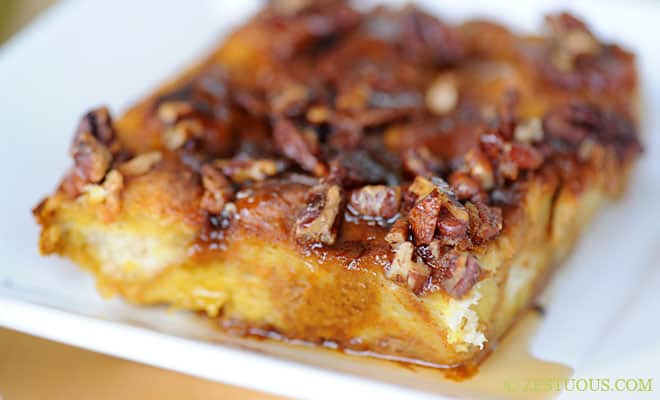