16 shares
No ratings yet
Recipe 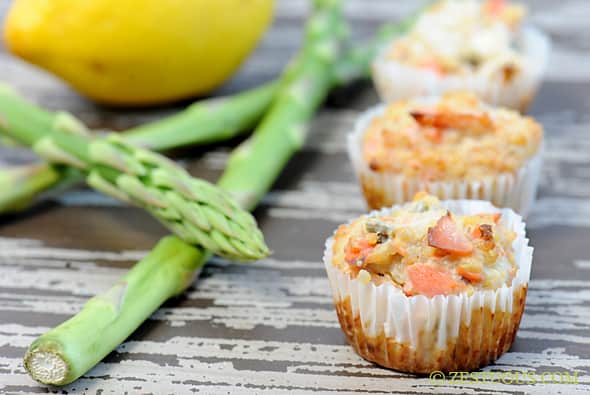 Change up your summer appetizer tray with these Savory Salmon Quinoa Cheesecakes. The morsels of quinoa and flaked salmon are creamy on the inside and slightly crunchy on top with a bright hint of lemon and fresh asparagus.

I hosted another Zestuous challenge on my facebook page this week, asking Zesties to pick the course and ingredients for my next recipe. They suggested I make an appetizer using salmon, asparagus and quinoa.

While creating the recipe, I discovered something really cool. Next time you cook quinoa or rice, add a couple fish filets in the pot with the water and grains, and they’ll steam at the same time. 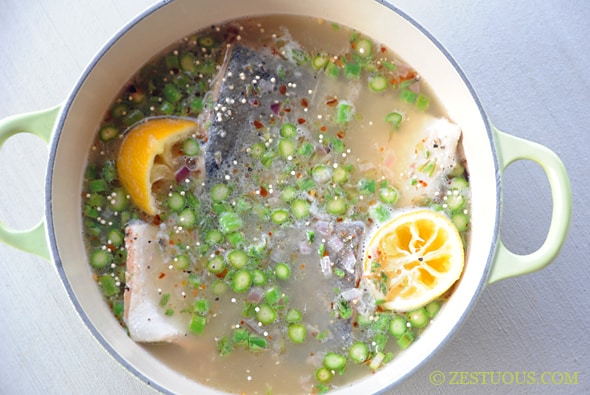 In addition to adding salmon to the pot, I added capers and two lemon halves for bright summer flavor. If you don’t have capers, just leave them out. Adapt the recipe to what you like or what you have on hand. 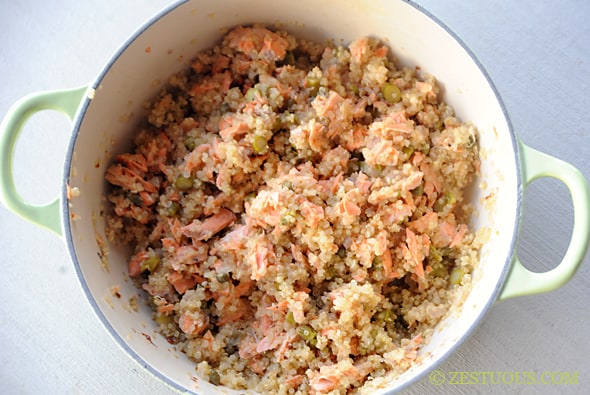 Once the quinoa is cooked through, you could stop right there and serve this beautiful dish for lunch or dinner, but to take it to appetizer status, I turned the cooked quinoa and flaked salmon into a cheesecake. 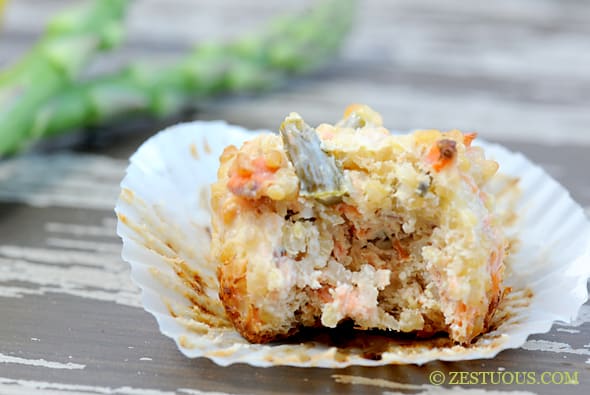 I simply created a cheesecake batter, omitting the vanilla and sugar, and combined that with the quinoa, veggies and salmon. Then, I baked scoopfuls in a mini-muffin pan. I experimented with cooking times. 20 minutes was perfect. The bite was still creamy and the quinoa had a slightly toasty, crunchy finish. If you cook it longer than 20 minutes, it becomes more crumbly, less than 20 and it’s a bit too soft.

I asked my husband to help judge the cooking times and next thing we knew, we had eaten about 20 of these appetizers. #SignofSuccess.

Thanks for the inspiration Zesties !