It’s Christmas Eve, and that means one very important thing in our holiday kitchen. It’s the day we eat mom’s corn chowder. For as long as I can remember, my mom has prepared this warm, satisfying soup every day before Christmas.

It’s a recipe she received from a neighbor. She would start with browning a big pot of bacon, which would lure us into the kitchen. Who doesn’t love the smell of bacon?

Then, she sautéed some onions and celery and finished the dish off with cooked potatoes, milk and creamed corn. She would ladle up big bowls of soup, but it was never enough. We always went back for seconds. 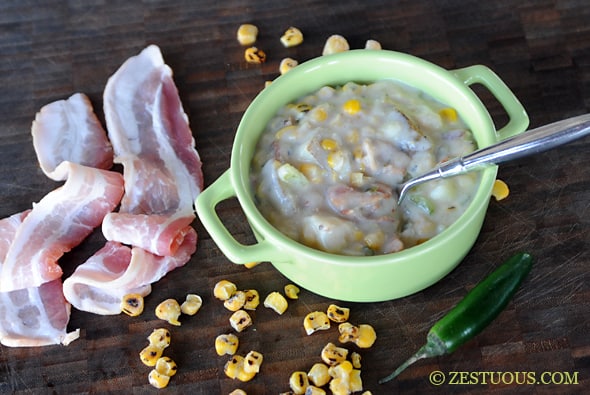 After the hearty meal, we would sit around the fire as she read ‘Twas the Night Before Christmas, and we opened one present, which was almost always pajamas.

I’m hosting Christmas this year and keeping her tradition alive.

We’ll be having a double batch of mom’s soup, but I’ve added a couple of Zestuous touches. I’ve added a little heat with some roasted Serrano peppers and Creole seasoning. I also added fresh corn kernels for crunch.

I prepared a pot before the holidays for this blog post. My husband and I almost ate the whole pot in one sitting. I don’t know why I only make this once a year. It’s a filling warm chowder that should be served all winter long. 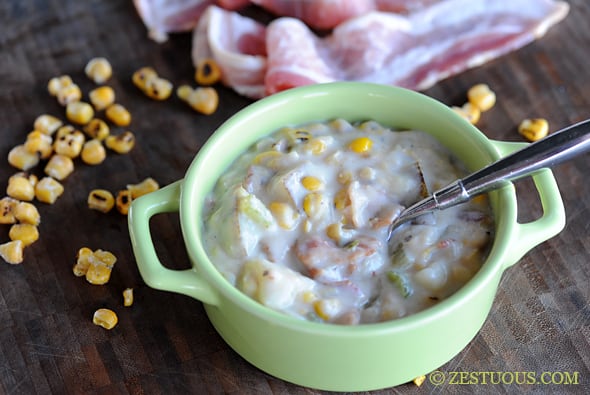 Cook the potatoes in boiling water, until tender. 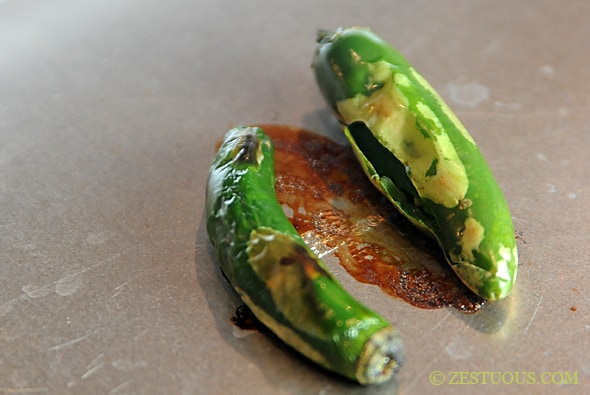 Roast the Serrano peppers over an open flame on a gas stovetop or under a broiler in the oven, until charred. Chop. 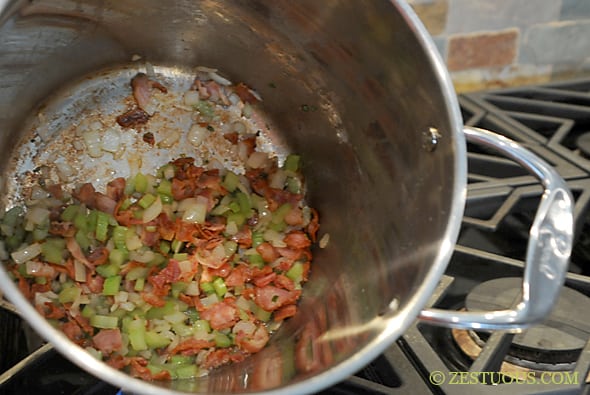 In a large saucepot, brown the bacon. Add the onions, celery and pepper. Sauté over medium heat, until tender. 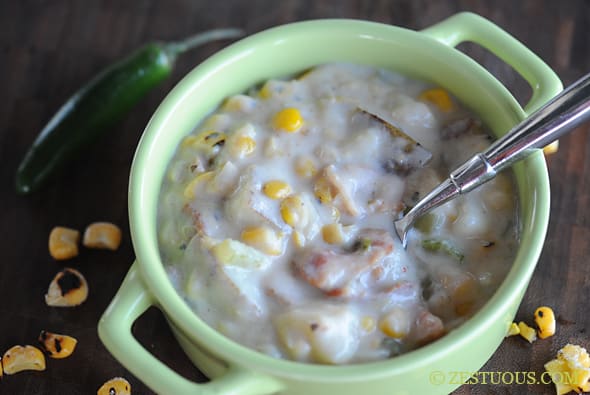 Add the flour and cook on low for three minutes. Add the milk and bring to a boil. Stir in the cooked potatoes, corn and creamed corn. 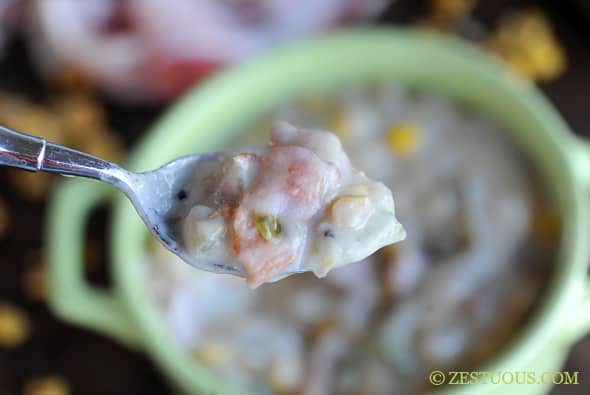 Season with salt, pepper and optional Creole seasoning to taste.