This is a fast, easy, tasty recipe that you’re going to want to make over and over again. I’ve made it about four times in the last month because it’s that good.

The recipe is a knock-off of my Steak au Poivre recipe. It was inspired by one of my followers. She was interested in the steak recipe, but she hasn’t eaten red meat in 19 years, so she asked if it could be prepared with chicken.

So a couple of days later, I bought some chicken breasts, and it was a pure success! The chicken turned out very moist and full of beautiful flavors. It’s extra yummy if you use cream, but you can also use 2% or whole milk if you want to save some calories.

My friend made it with turkey bacon, and I’ve made it with rashers of British bacon, also known as back bacon. British bacon is like a cross between Canadian bacon and American bacon. It combines pork belly with the loin, giving it the perfect combination of fat and smokiness. Fresh and Easy stocks it regularly…but that is a west coast store. If you find it at a grocery in your state, leave a comment below to let others know.

I think the reason I keep making this recipe is because it can be prepared in about 30 minutes. Prep time is 5-10 minutes and it cooks in 20 minutes with little oversight, giving you time to prepare the sides. I hope you try it at least once. I think you’re going to love it. 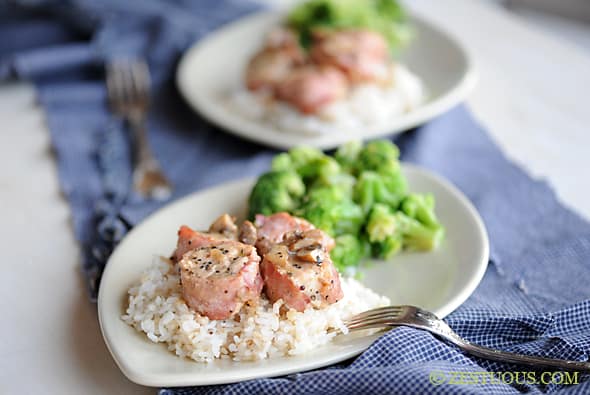 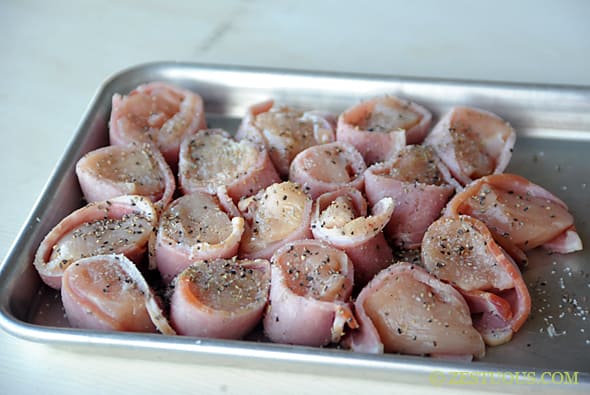 Cut the chicken into about 20 1-2-inch pieces. Cut the slices of bacon in half. Wrap a slice of bacon around each chicken piece and sprinkle both sides with the salt, pepper and herbs de Provence. 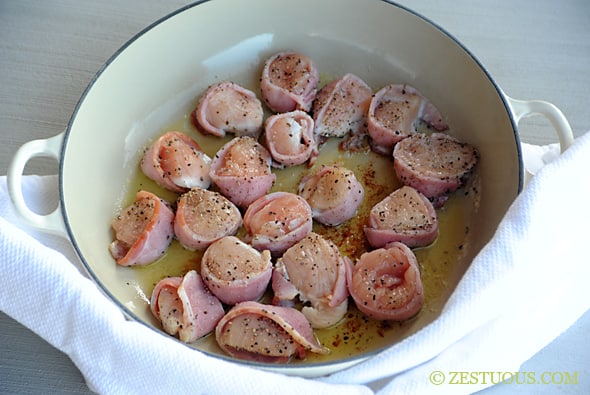 Heat butter and olive oil in a large skillet over medium high heat. Add the chicken to the pan. Cook for 5 minutes.

Flip the chicken pieces, cover and cook for 10 minutes. 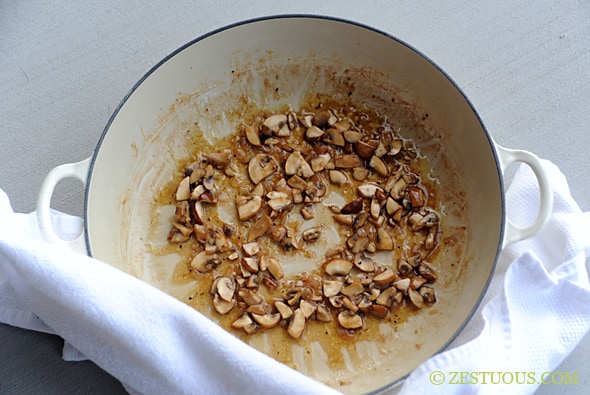 Remove the chicken from the pan. Add the shallots and mushrooms and sauté for 1-2 minutes, until tender.

Add the cognac and cook for about 1 minute, until most of the liquid evaporates.

Add the cream or milk to the pan and cook until the sauce thickens. 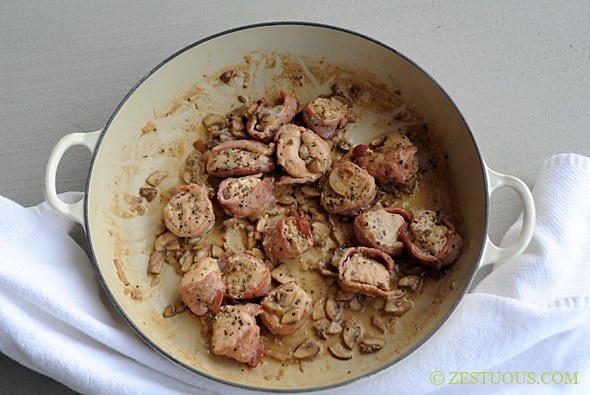 Return the chicken to the pan and toss to coat. 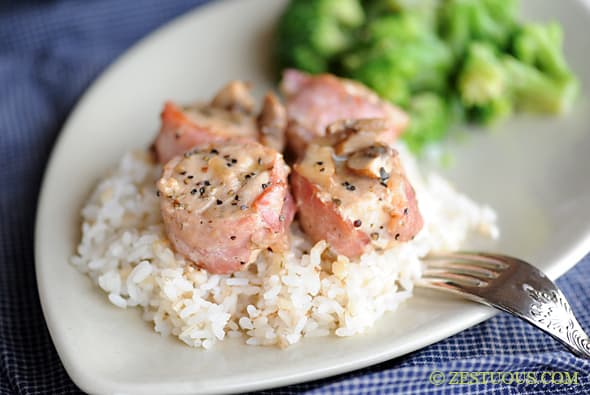 Serve the medallions over rice or noodles, ladling the mushroom sauce on top.