Throughout my adult life, Sausage, Peppers and Onions over rice has been a staple weeknight dinner. But as I’ve gone zesty, I’ve revised the dish from just simple bell peppers. Now I use poblano, Anaheim and jalapeno peppers. 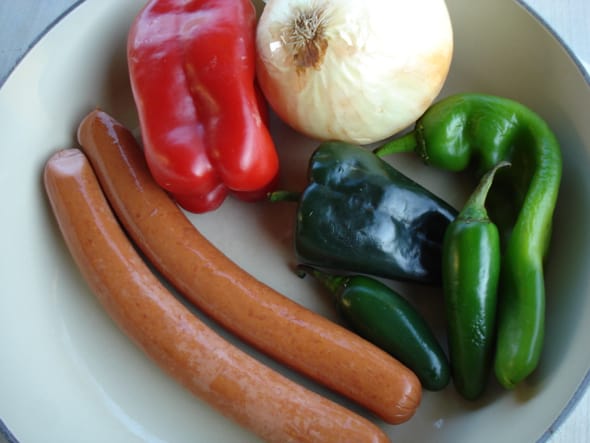 Farmer’s markets and produce sections are filled with a variety of colorful peppers, and they all have varying levels of heat. Be creative with this recipe. Grab a mix of peppers, chop them up and throw them in the pan. Sometimes I go spicier than other days.

The pepper combination in the recipe below has a little heat for flavor, but it’s not overwhelming. I always serve this dish over a combination of short grain brown and white rice. Bon appétit! 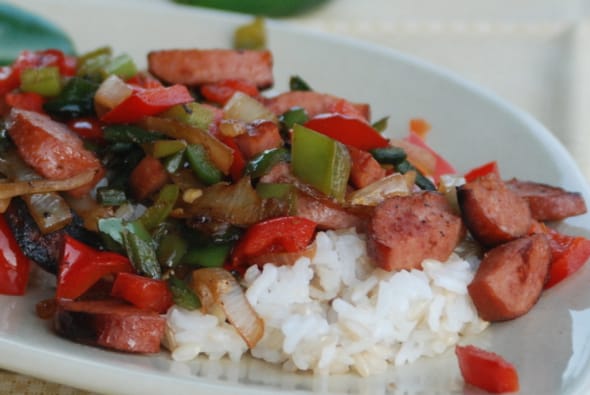 Slice the sausage into medallions and place in a large skillet over medium-high heat. Depending on the fat content of the sausage (like if using turkey sausage), you may need to add olive oil, so the sausage doesn’t stick. 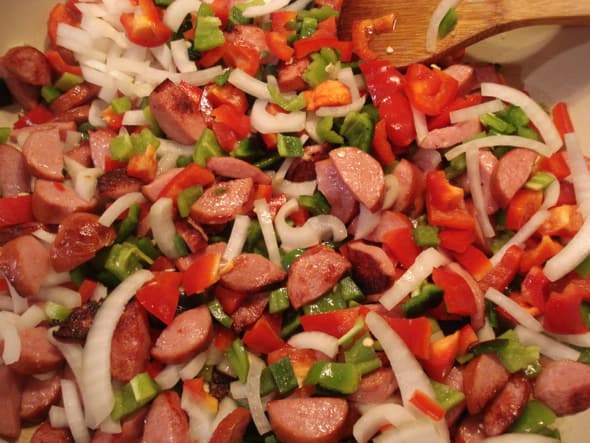 Once the sausage begins to brown, add the chopped peppers and onions. Sauté until tender. Add the salt and Tony’s. Serve over rice.