Who has time to whip out a blue ribbon recipe on a weeknight? You do! With this recipe you can have a Cordon Bleu TV dinner on the couch with a remote in one hand and a glass of chardonnay in the other.

Cordon Bleu sounds like a classic French dish, but it’s really an American creation with chicken, ham and Swiss cheese. Translated to English, Cordon Bleu means Blue Ribbon. The fancy version is made with chicken-pounding, ham-wrapping, breast-breading love…something that I know I rarely have time to do on a Tuesday.

But I do have time to savor the flavors thanks to the Zestuous Weeknight Mornay (Cheese) Sauce. Just use Swiss cheese and toss it in noodles, chicken and ham. I prefer using thinly sliced deli ham for a textural variety, but you can use whatever type of ham you like.

I also like using the Pipe Rigate noodles ~ AKA elbows ~ because the ham slices somehow find a way to sneak inside, adding more goodness to the hollow shells.

I pan this up in small foil pans, so I can heat and eat smaller portions when I get home. Weber makes great small pans that can be found in the BBQ aisle at Lowes or Home Depot. 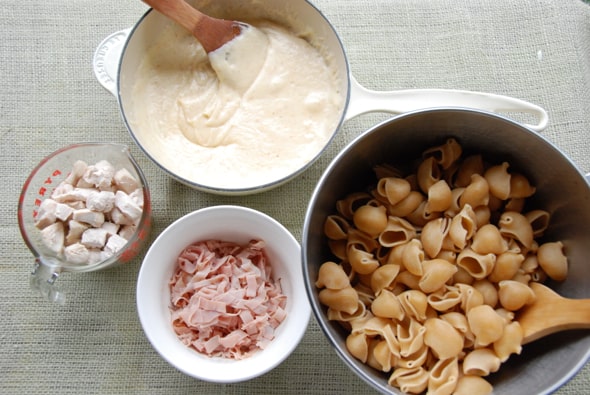 Dice chicken and boil, until cooked through. Drain and set aside.

Roll the deli-sliced ham and chiffonade it (slice it into strips). 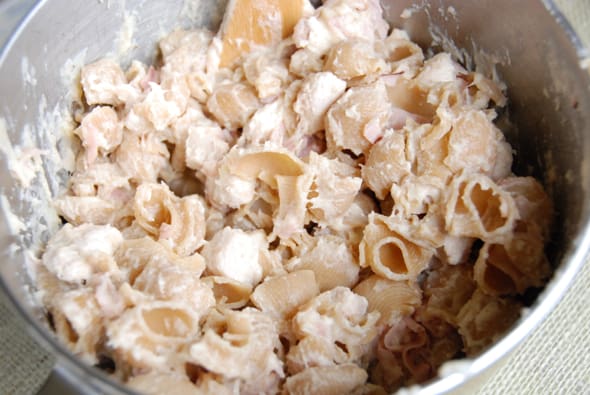 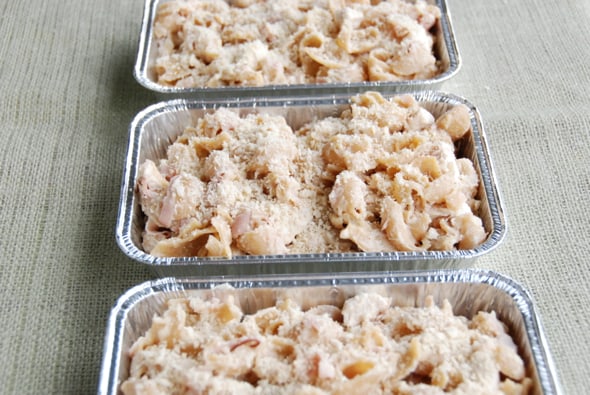 Spoon into baking dishes and sprinkle with panko breadcrumbs. You can also add more cheese and/or butter on top for more deliciousness. 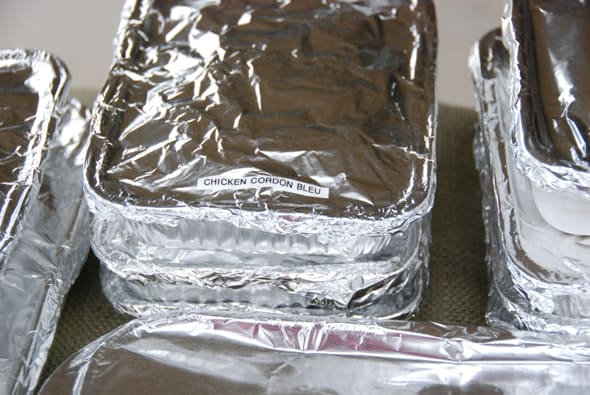 Cover each pan with foil, so you can reheat it on a weeknight.