This recipe was inspired by one of the craziest, yummiest meals I’ve ever eaten in Las Vegas.

After hours of fast-paced cooking at the World Food Championships, a group of us gals were famished. Surprisingly, all we wanted was dinner (and drinks). We headed to Hash House a Go Go at the Imperial Palace.

Ally (from Ally’s Kitchen) and I got there first. We couldn’t wait, so we ordered our meals. I chose the Chicken and Waffles. 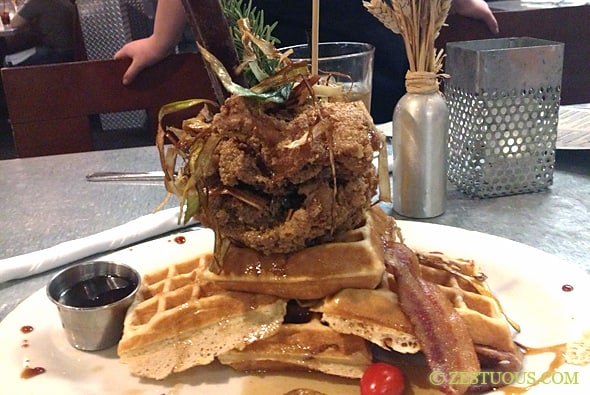 When the meal came, I was presented a tower of bacon-stuffed waffles and fried chicken speared with a rosemary sprig. It had to be 18 inches high. 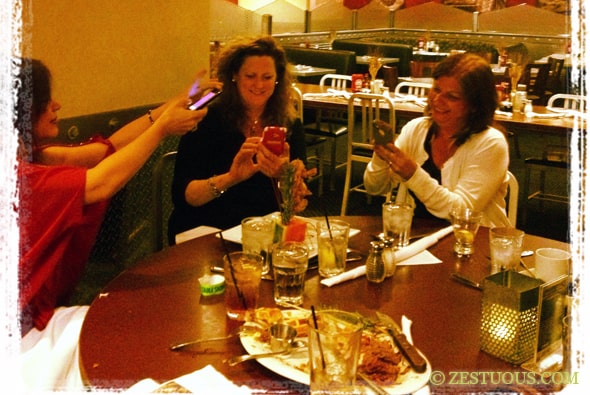 When the rest of the gals showed up, they grabbed their forks and ravaged my plate. I was so thankful because there was no way I could eat another bite, nor another calorie. (That’s Beth, Laurie and Linda taking photos of this crazy good, artistic food)

Would you believe it? The following day, I couldn’t stop craving the crispy chicken, soft waffles and subtly herbed syrup.

A few months later, I got an email telling me about a maple syrup cooking contest. I don’t usually enter cooking contests, but this one stood out to me. I decided to make a Chicken and Waffle salad inspired by this fun night in Vegas.

In the end, I totally botched the recipe. I submitted my salt and herb measurements in tablespoons instead of teaspoons. Geez! I hope the judges didn’t even try to prepare the recipe I sent. So embarrassing. I haven’t made that mistake since the sixth grade when I made really bad snickerdoodles that I passed off to my neighbor.

I fixed my mistake in the recipe below. But I have to admit, I didn’t have plain yogurt tonight, so I tried to scrape the plain part of my pear yogurt out of the cup. Don’t do that. Go with straight plain. That’s one shortcut that doesn’t work. 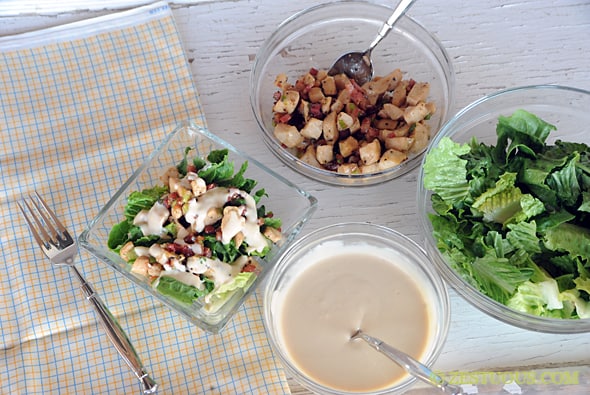 I served this atop lettuce with creamy maple Dijon dressing. If you want to go full chicken and waffle salad, it would be fun to make croutons out of Eggo waffles. Or, just serve the chicken over rice.

I think I need to find another contest to enter to redeem myself. Time to browse the World Food Championships qualifiers. But even if I don’t qualify, I’m definitely planning to attend the championships as a spectator and to cheer on my fellow foodies. Mark your calendar for Nov. 7-9.

Come on out to Vegas. I’d love to share a meal with you. 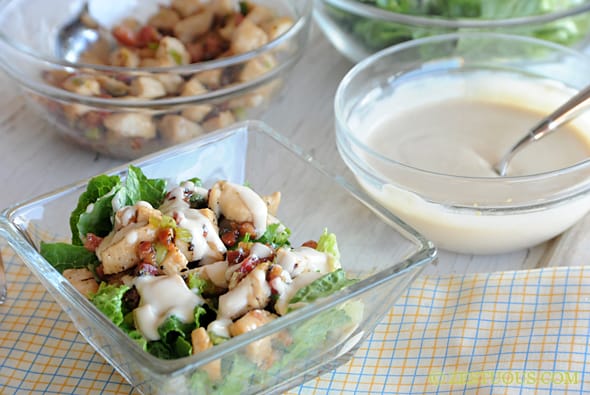 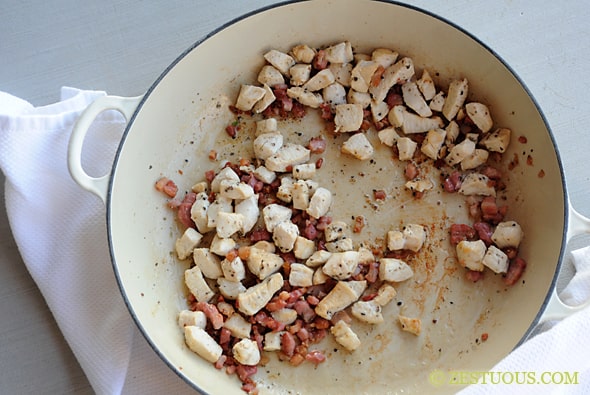 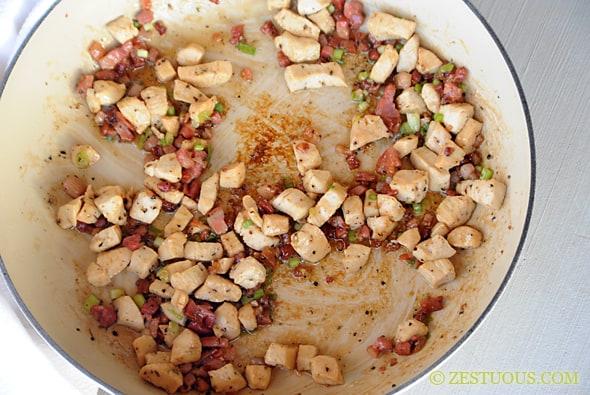 Add the maple syrup to the pan and stir for 3 minutes, until the syrup begins to caramelize. Add the green onions and stir for 1 minute. Remove from heat.

Serve on rice or over lettuce with creamy maple Dijon dressing (recipe below). 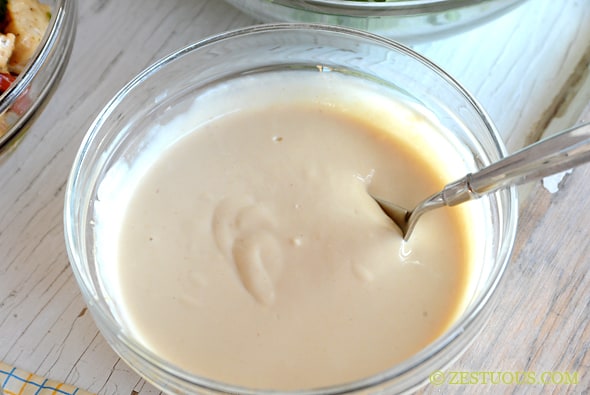 In a small pitcher or bowl, whisk all the ingredients together, until smooth and creamy.