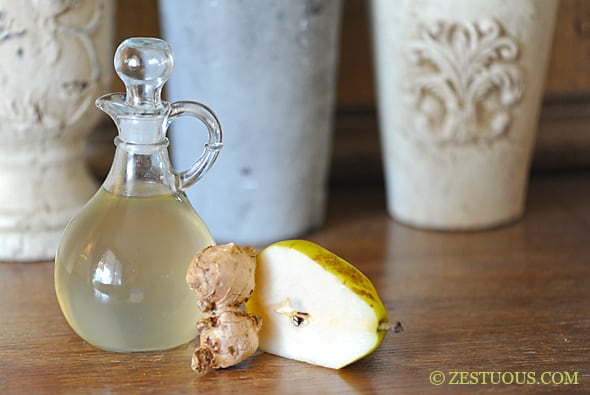 This simple syrup has beautiful, subtle flavors of the season and makes great martinis. It’s best served with gin or vodka. 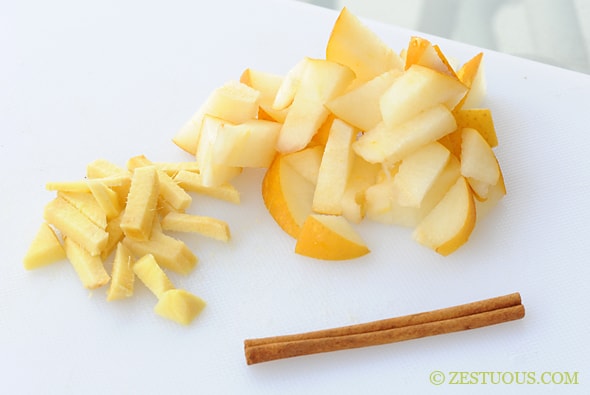 Slice the pear and ginger. I used Asian pear, but any type will work. 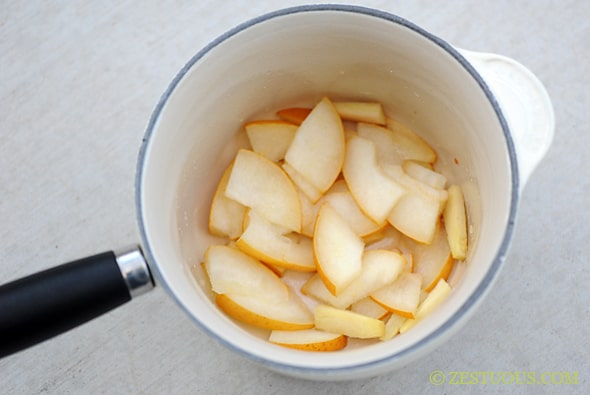 Place 1 tablespoon of sugar in a saucepot with the pear and ginger. Cook down for about five minutes, until tender. 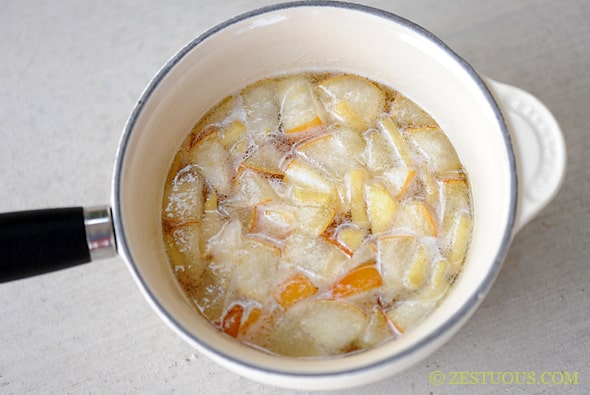 Add 1 ½ cups sugar, water, cinnamon stick and salt to the pot and bring to a boil. Remove from heat. If you want more intense flavors, you can let the mixture cool for 30 minutes. 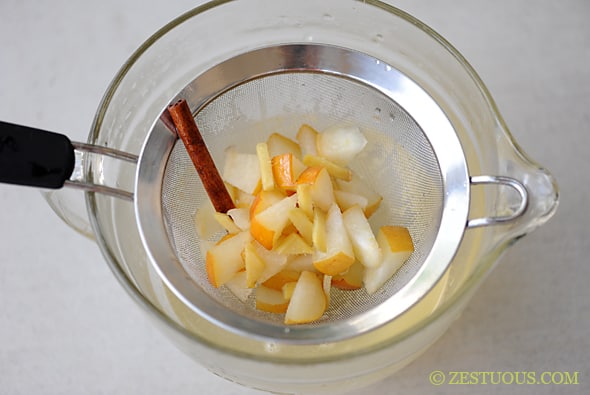 Strain the liquid twice to remove the fruit and cinnamon stick. Pour the cooled mixture into a bottle or pitcher. 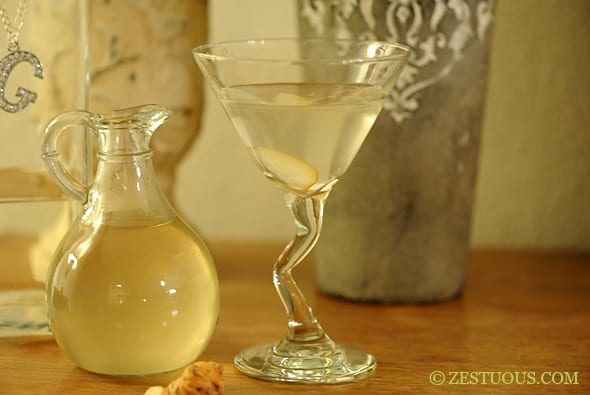 Fill a cocktail shaker with ice, add 1 ounce of Pear-Ginger Simple Syrup, 2 ounces of vodka or gin. Top and shake until the shaker is cold to the touch. Strain into a martini glass and garnish with a pear slice. 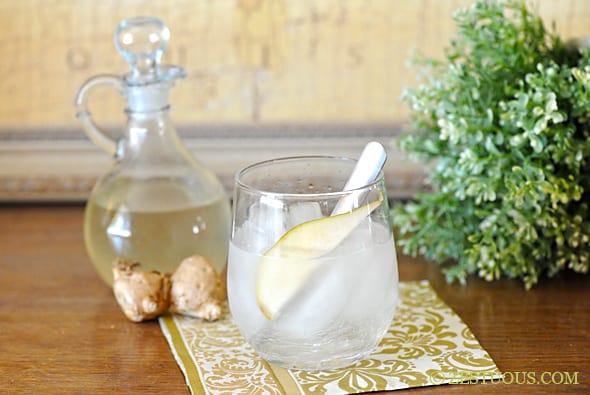 Fill a glass with ice, add 1 ounce of Pear-Ginger Simple Syrup, 2 ounces of gin, 1 ounce of tonic water. Stir to chill and garnish with a sliced pear. 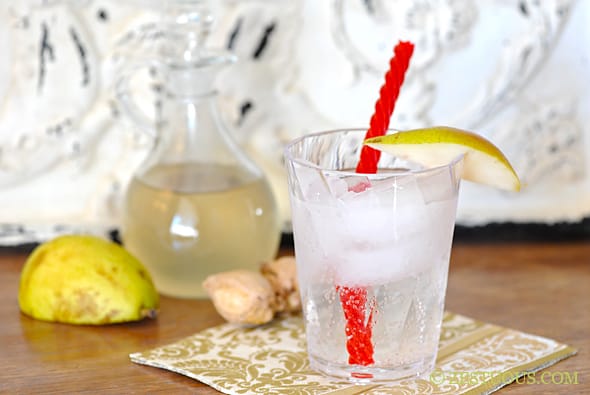 Fill a kid-friendly glass with ice. Fill it two-thirds full with Sprite or 7-Up. Add an ounce or so of Pear-Ginger Simple Syrup. Stir with a straw or licorice stick.