I have been told before that I was un-American, simply because I don’t like watermelon. Growing up, I felt left out as kids’ smiles were replaced by big green watermelon rinds. I’ve always liked watermelon flavored candy and gum, but I could never get over the fruit’s mealy texture…even to this day.

Now that summer is approaching, boxes of watermelons line the groceries, and this year, I decided I was going to get creative with my self-defined forbidden fruit. So I picked one up, smelled the stem pit…nothing; shook it next to my head…I guess it sounded watery; and thumped on it, hoping that hollow sound meant this was going to be the melon that changed my mind forever.

I got her home…well almost. As I opened the truck door, she fell out and cracked in half on the asphalt. She was definitely juicy…and fortunately salvageable. First thing I did was scoop out all of the fruit into a large bowl. I tasted it. It was sweet, but still I struggled with the grittiness. So she got the blender treatment. 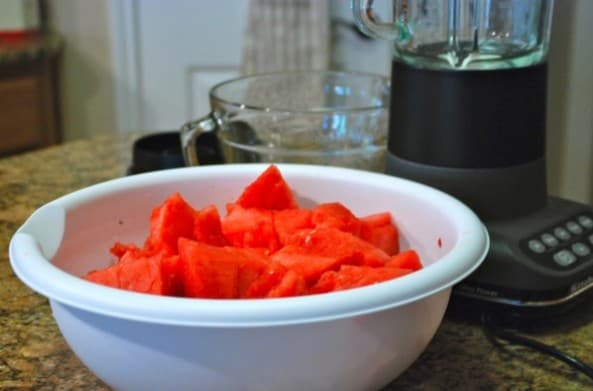 I pureed the fruit and strained it to get the sweet, juicy flavor without the intolerable texture. 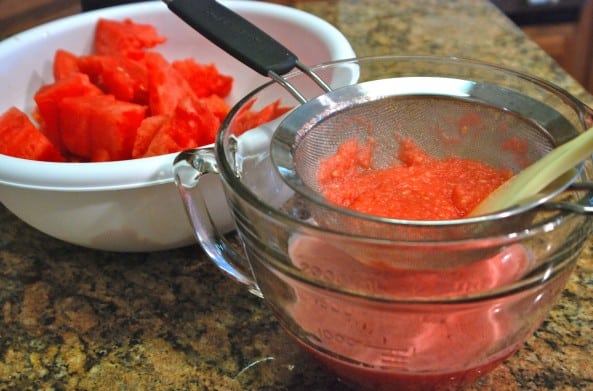 I ended up with nine cups of juice and one cup of pulp, which my husband gladly ate. I added the juice of one lime to the pitcher, just because it sounded refreshing.

Next, I made a simple syrup by heating 1 cup sugar and 1 cup water on the stove. I let it boil and simmer for about 5 minutes. Then, I let it cool and mixed it with 4 cups of the watermelon juice. This was good. This I could handle. Now, what to do with it…I know cocktails!

I grabbed a champagne glass and mixed the watermelon syrup with some Moscato. Success! What a refreshing summer drink. 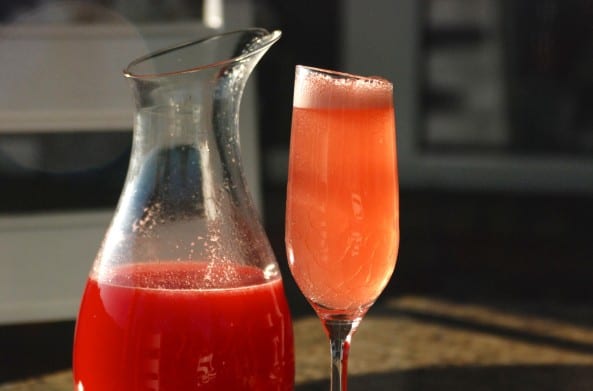 Now what? How about one part vodka, one part syrup on the rocks? Yes, another hit! By now, I’m loving watermelon. For the kids, or non-drinkers, the syrup is great in Sprite, too. 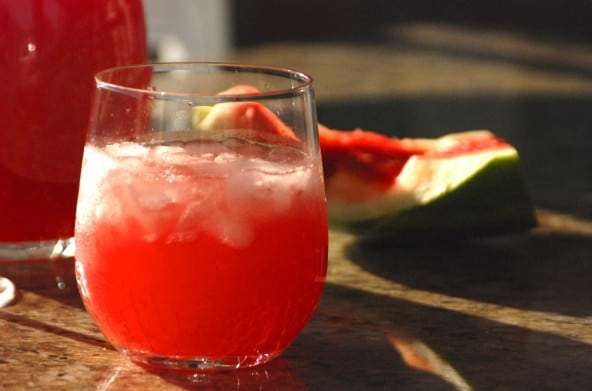 If you prefer dessert, pour the watermelon syrup into popsicle molds, or throw it into the ice cream maker for watermelon sorbetto. Oh the possibilities, now that I can enjoy America’s number one summer fruit.