430 shares
No ratings yet
Recipe 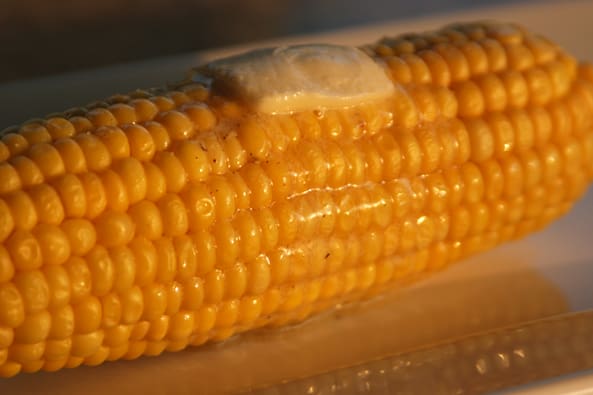 I don’t know why after all of these years of cooking, I never thought to microwave corn on the cob. Maybe I thought it would explode, like the time my brother put a glow stick in the microwave to see if he could bring its glow back. (don’t try that at home). Maybe I thought it would turn into popcorn, and what I would have left would be suitable for Popeye’s corn cob pipe. I’m not sure the reason, but it never crossed my mind.

I usually shuck the silks off of the corn, slather the cob with butter and reshape the husk around the cob. Then, I bake it in the oven or on the grill for about 45 minutes. I’ve also tried grilling it with a mixture of mayonnaise and Parmesan cheese, which is quite tasty. But now, I have a new, quick way to make corn on the cob.

While at the military commissary one day, my father-in-law was shucking corn next to the wife of a retired Soldier. They struck up a conversation, and she told him her secret to sweet, perfectly cooked corn…the microwave. He thought it was too good to be true, but after testing it and sharing the recipe with me, it’s now the only way we make corn on the cob.

Sweet Microwave Corn on the Cob